A major business venture, the winery is where an avant-garde winemaking concept meets a project grounded in landscape architecture, sustainability, local integration and first-class wine tourism.

“Perelada’s new winery is a legacy for the generations to come. I think it’s one of the most exciting projects in European wine in the last decade and it embodies our company's founding passion for making great wines, as well as our commitment to evolve through experimentation and innovation”, says Javier Suqué, president of Perelada.

The singular multidimensionality of the new Perelada winery in terms of winemaking, design, sustainability and wine tourism meets the region's winemaking tradition and roots, putting Empordà on the international wine map.

A year away from its 100th anniversary, the historic brand is celebrating the culmination of the winemaking, scenic and cultural legacy of a family with deep roots in the region

The winery combines a strong artisanal component in grape cultivation and selection through the adoption of a host of technological advances and functional improvements. With the mission of producing better wines crafted to be icons of the Empordà's potential in the world, the production process at the new Perelada winery prioritises aspects like sustainability, quality, balance and differentiation. Building the winery fulfils the dream of three generations of the owners of Perelada, the Suqué Mateu family, who are committed to producing outstanding wines and showcasing the vineyards of the property’s various estates along with the tremendous wine-growing potential of the Empordà DO.

The conceptual planning for the new winery goes back to the moment when the Suqué Mateu family decided to place their trust in RCR Arquitectes, a studio run by trio Rafael Aranda, Carme Pigem and Ramon Vilalta, and the purity of their architecture, based on respect for the pre-existing landscape and on prioritising the emotionally and experiential facet of the resulting space. The studio produced a design guided by the desire to seamlessly blend the winery into its surroundings and create a timeless building that also has a powerful personality.

The new Perelada Winery was recognised in 2021 as the first European winery certified as LEED® Gold, the world’s top sustainable building certification granted by the U.S. Green Building Council (USGBC), which accredits the high standards of sustainability and efficiency that the winery's facilities meet in terms of their construction, operation and maintenance. Some of the core features of the design include the use of geothermal energy, efficient water and electricity use, sustainable materials and processes, thermal insulation and the prevalence of natural lighting.

“The new winery designed together with RCR is a new chapter in the history of the Empordà, a land that our family has been committed to for three generations and where wines have been crafted since the Middle Ages”, Javier Suqué 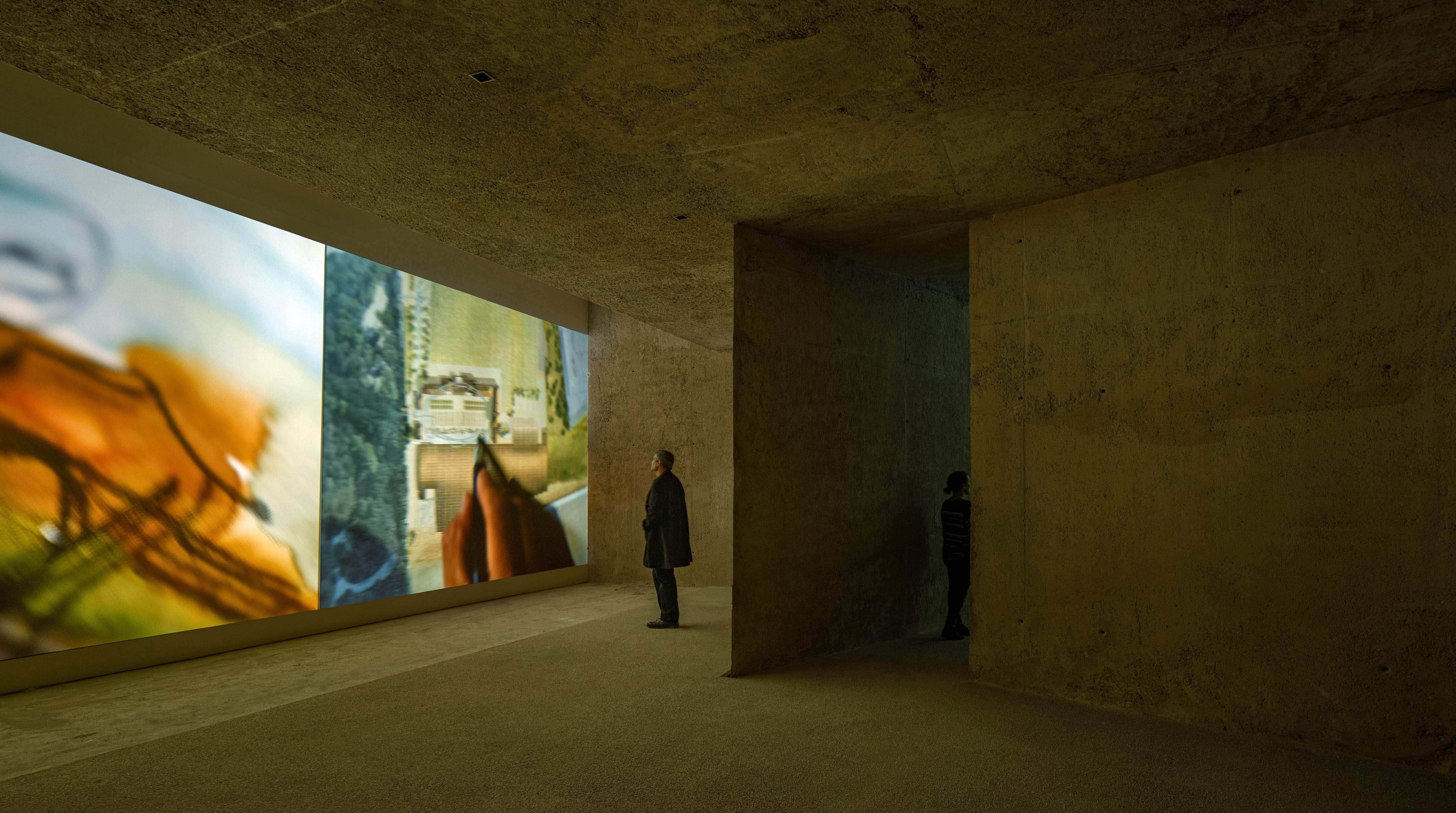 The new winery exponentially increases the attractiveness of Peralada, which is home to a magnificently preserved 14th-century castle, a monastery with a Gothic church and cloister, an important art collection, a museum, a five-star hotel, a wine spa, a golf course and several restaurants (with chefs Paco Pérez and Javier Martínez, disciple of the late and admired Xavier Sagristà, at the helm). It is also the venue for one of Europe’s leading opera and dance events, the Castell de Peralada International Festival, founded in 1987 by Carmen Mateu.

Visits to the new winery are designed to be an experience, reflecting the family's dream and their commitment to the land, architecture, sustainability, quality and wine tourism.

The facilities, which involved an investment of more than €40 million, have already produced the 2020-2021 vintage and are set to open their doors to wine tourism this summer. The new Perelada winery opens to the public a legacy built on decades of dedication by the Suqué Mateu family, rooted in a terroir known for its singular heterogeneity and character—intimate, elegant and genuine, like its people—and influenced by its location between the Pyrenees and the Mediterranean.